'Full Bloom' is the cover watercolor!

'Full Bloom', my watercolor, was voted to be on the cover of the Cambridge Art Association's 2014 Calendar. Members submitted work and voted on the CAA site. 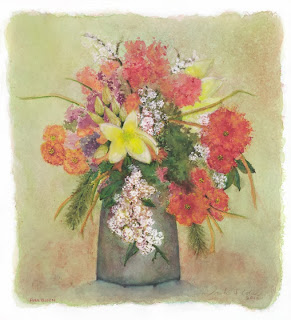 Thanks to all of you who voted for my work. It made the difference!

If you go to the CAA site Home Page you will find a preview of all the months of the year - each with a different artist's work represented. The thirteen of us got the most votes from you! The calendars are on sale for 15.00 at the Gallery: 25 Lowell Street in Cambridge.


Posted by Anita Helen Cohen Art at 5:37 AM No comments:

I wanted to thank anyone who reads my blog, especially if you visited me during Newton Open Studios exhibit this past weekend. This show was juried so I was really excited to have the opportunity to exhibit and sell my work. 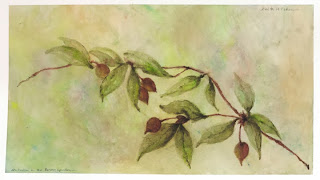 I think Newton Open Studios' new venue, Newton City Hall, was very successful. I had a good show and enjoyed many good art conversations with folks who were fascinated by the way I paint 'backgrounds'. Several people asked if I taught watercolor classes. I don't right now, but you all will be the first to know (well, maybe not the first) if and when I do! 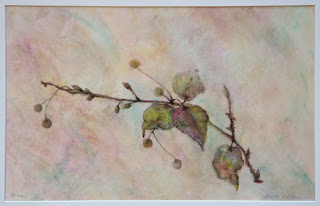 Here's the watercolor I currently have in Mayor Setti Warren's office in Newton City Hall. The exhibit there now is called 'Movement'. If you have a chance, stop by City Hall in Newton on Commonwealth Avenue and Homer Street and pop into the Mayor's office. Second floor.

It's been a pleasure to have exhibited there throughout this whole year. Each exhibit has a different theme. It's interesting to see how each Newton artist interprets the theme.

Till the next exhibit...stay tuned!

Posted by Anita Helen Cohen Art at 2:21 PM No comments: